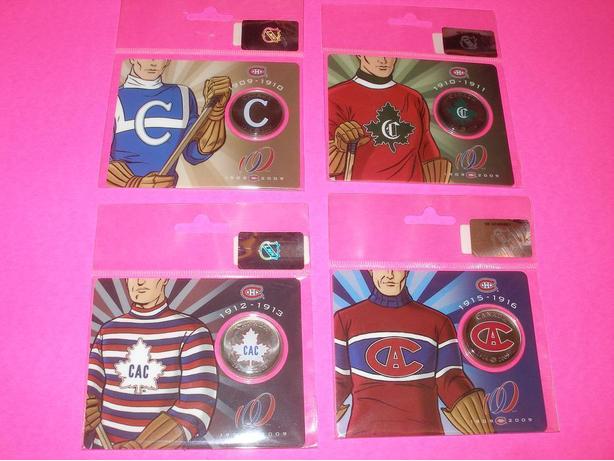 price is for all 4 coins. new, in package, issued in 2008 to commemorate the 100th anniversary of the club in 2009. each coin is sealed in package, issued by the royal canadian mint, showing the four different uniforms used by the team from 1909 to 1916, these coins are actual 50 cent canadian coins