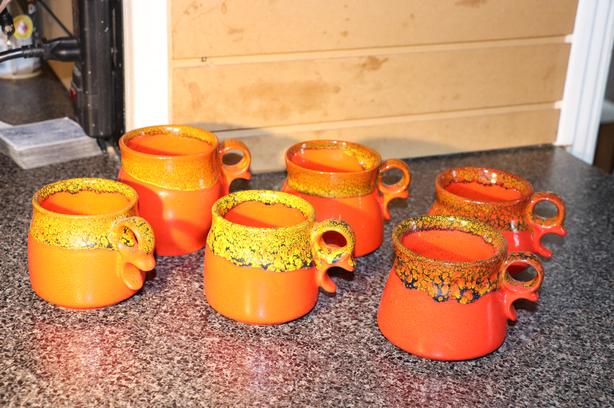 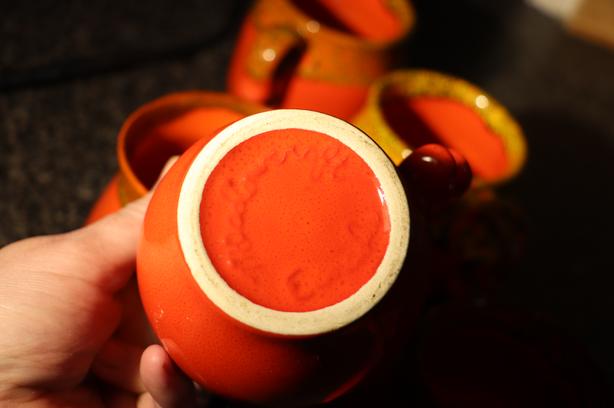 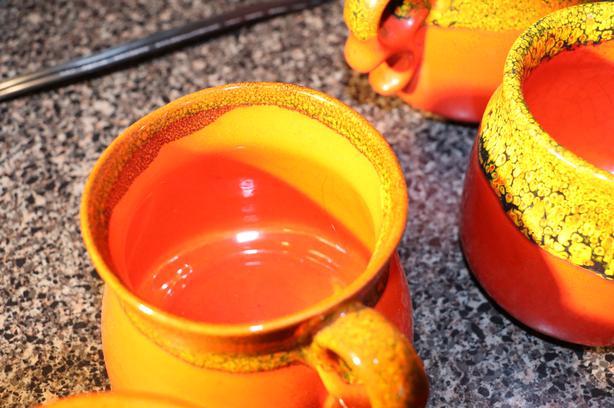 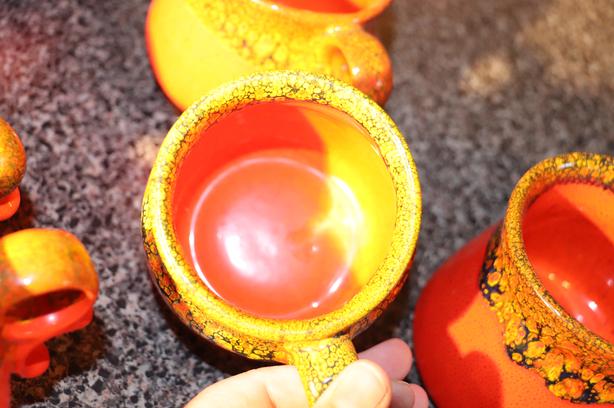 6 vintage Meadowcroft pottery mugs. Mugs all have crackle inside but are in otherwise mint condition as they were not used much. Would have been made late 60's early 70's.

The need for attractive containers for his home produced honey turned Sandy Metcalfe into a full time potter.

He began to take an interest in pottery when he was invited by a friend to share her potters' wheel and kiln, and he eventually created an interesting and highly original honey pot. These honey pots were so well received, Sandy decided to go into the pottery business for himself, and so, in mid 1966, MEADOWCROFT POTTERY came into being. He made spoons to go with the honey pots, then salt and pepper shakers and gradually expanded into ash trays, soup bowls, coffee mugs and numerous other items, making forty six different ones in all.

Sandy mixes his own colours, delighting in warm reds, rich oranges and tans. His work is sold in all the large department stores in Toronto, in Yorkville Village, and in Morrisburg USA. His wife Pearl manages the business side of MEADOWCROFT POTTERY which is located on the corner of the Fourth Line West and Steeles Avenue, near Meadowvale, Peel County.
Source: The History of Peel County, 1967