$25 · The Best of Clarence Day, including God and my father, Life with father ... 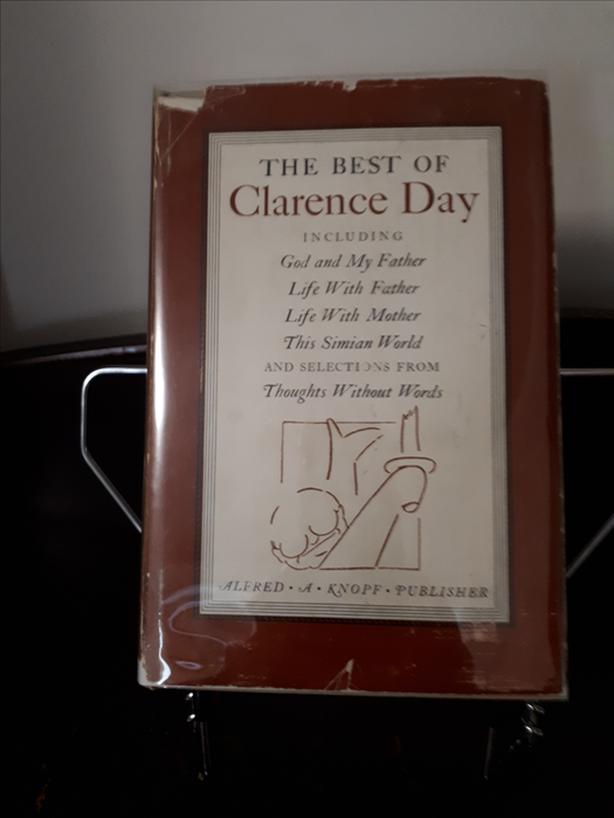 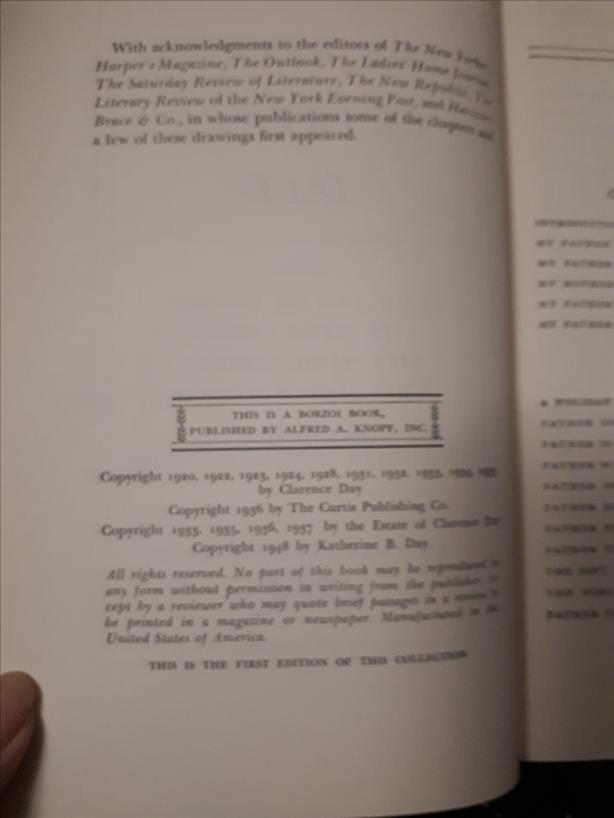 Day's most famous work is the autobiographical Life with Father (1935), which detailed humorous episodes in his family's life, centring on his domineering father, during the 1890s in New York City. Scenes from the book, along with its 1932 predecessor, God and My Father, and its 1937 sequel, Life with Mother, published posthumously, were the basis for the 1939 play by Howard Lindsay and Russel Crouse, which became one of Broadway's longest-running non-musical hits. In 1947—the year the play ended on Broadway—William Powell and Irene Dunne portrayed Day's parents in the film of the same name, which received Oscar nominations for cinematography, art direction, musical score and best actor (Powell). Life with Father also became a popular 1953-1955 television sitcom.

Day was a vocal proponent of giving women the right to vote, and contributed satirical cartoons for U.S. suffrage publications in the 1910s. According to James Moske, an archivist with the New York Public Library who arranged and catalogued the library's Clarence Day Papers, a survey of Day's early short stories and magazine columns reveals "he was fascinated by the changing roles of men and women in American society as Victorian conceptions of marriage, family, and domestic order unravelled in the first decades of the twentieth century."