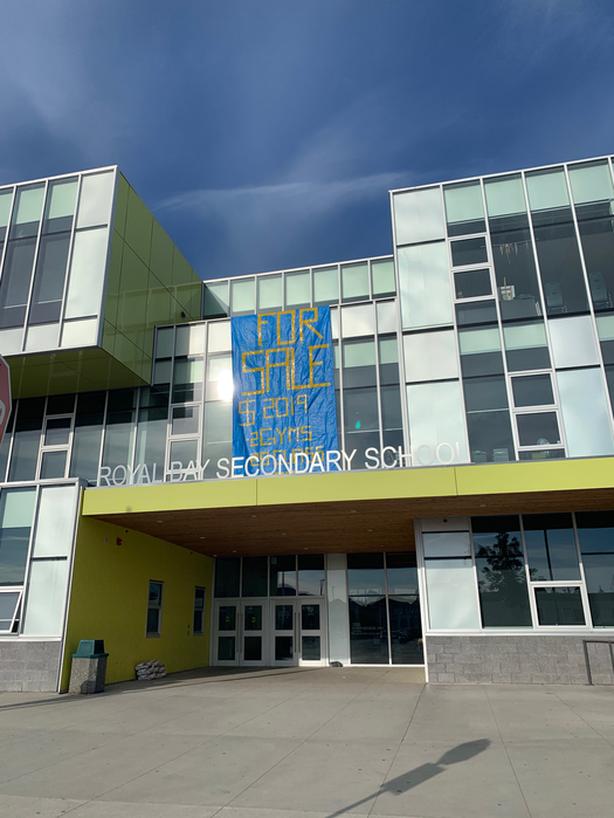 This colourful, state of the art school has been a great and well used home over the past four years. But gratefully we are done with it.

Located in an up and coming neighbourhood Royal Bay, as most of our neighbours are non insistent and or bothered by lack of on street parking, resulting in 5 minute walk to a newly built still too small parking lot (not attached to school or included in price). The safety of the neighbourhood in always impeccable, as the RCMP love to check on the property at least once a week especially between the times 11:51am-12:30pm. On the hunt for people breaking the law...

Reasoning for sale: Lack of space for new students (however this issue is being resolved by nice men in yellow hats with steel toed boots) increased amount of vapists, young adolescents 'ruling' the school, and simply being fed up with looking at the same faces for the last four years.

What started off as a $36.6 Million dollar high school is now turning into a $61.8 Million dollar building; but seeing the last four years to be nothing but slow wifi and long drives to Tim Hortons we are simply asking for $2019.

Serious Inquiries only as we have a seven day limit.