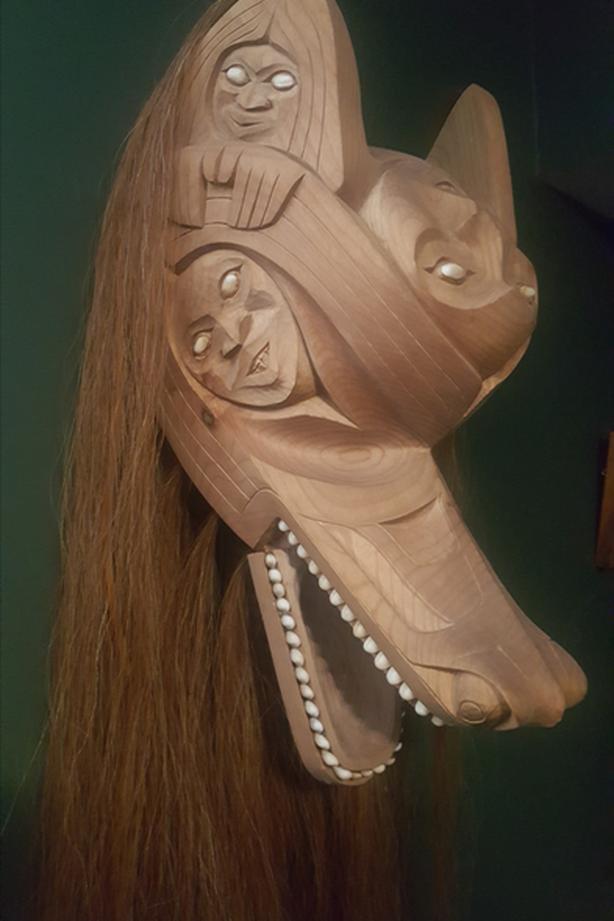 Serious inquiries MUST include your local phone number to receive a response. I won't call you unless you ask.

From www.sanfordwilliams.com
Sanford Williams has made it his life's work creating art that echoes the past of the First Nations folk of British Columbia. Born and raised on the west coast of Vancouver Island in the remote village of Yuquot, Sanford Williams was inspired by his relatives, notably his uncle - the late Chief Dominic Andrew. After surviving residential school, Williams graduated in 1985 then attended the Gitanmaax School of Northwest Coast Indian Art at 'Ksan in Old Hazelton, BC. Since completing the course in 1988, Sanford Williams has worked independently as a Master Carver - every single day.

Once described as "the real deal", Sanford still carves authentic pieces from his remote, beachfront shop using handmade materials, and is also accessible from his off-season home in the Fraser Valley. Though his art has been found in dozens of galleries around British Columbia, Sanford Williams is a people's artist, and loves meeting the public to carve custom-made pieces for them.