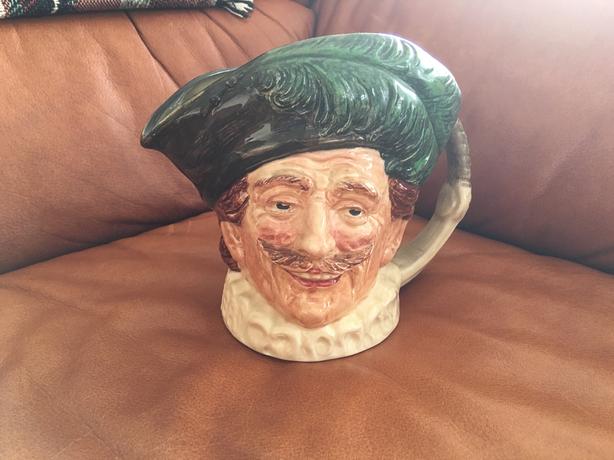 Located on Mayne Island but can meet up in Sidney if that helps.

From 1940 to 1960, Royal Doulton made "The Cavalier," a character jug based on a painting called "The Laughing Cavalier" by Frans Hals.

This particular one has been passed down through my family and originated in England as did The Cardinal also for sale here.