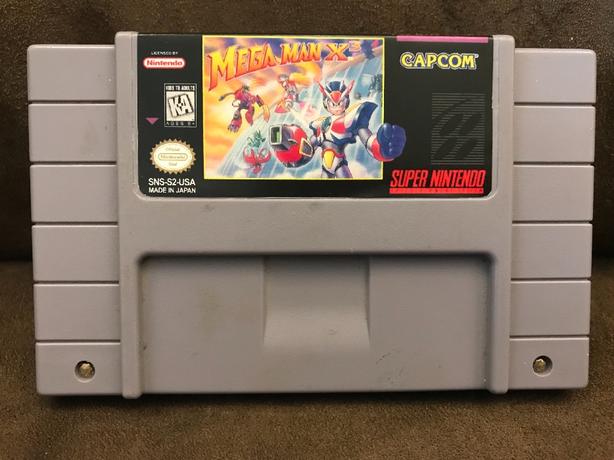 Original (not reproduction), see chip board picture. Note that this is the Japanese version of the game made for the Super Famicom, but put into a North American shell so it plays on the Super Nintendo.

Start menu, weapons, bosses are English, but the dialogue is Japanese - I never found this to be an issue in a game where you jump around and shoot stuff ;) Save yourself a couple of hundred dollars off the English version like I did!