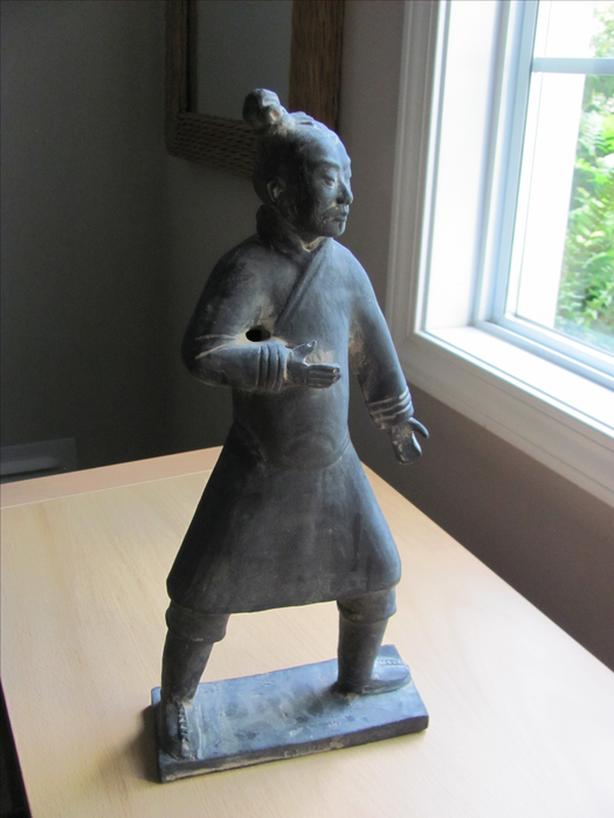 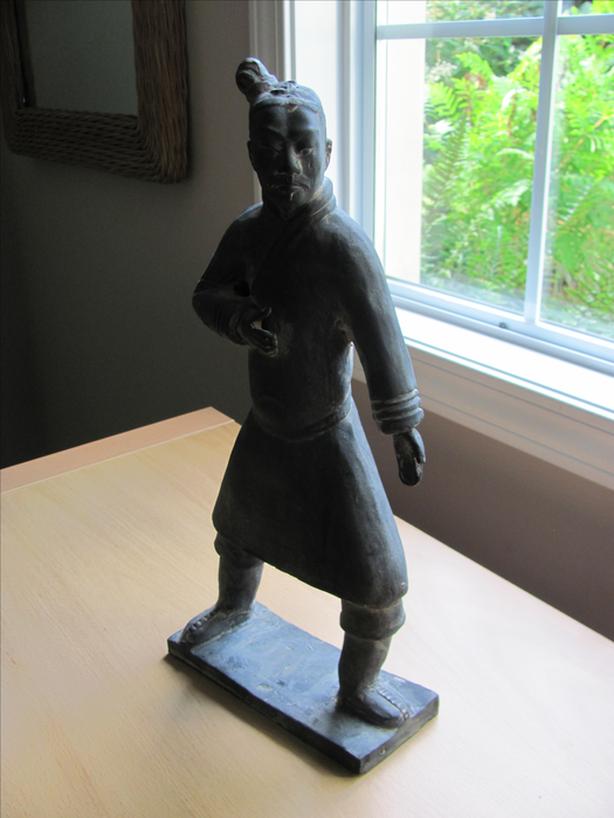 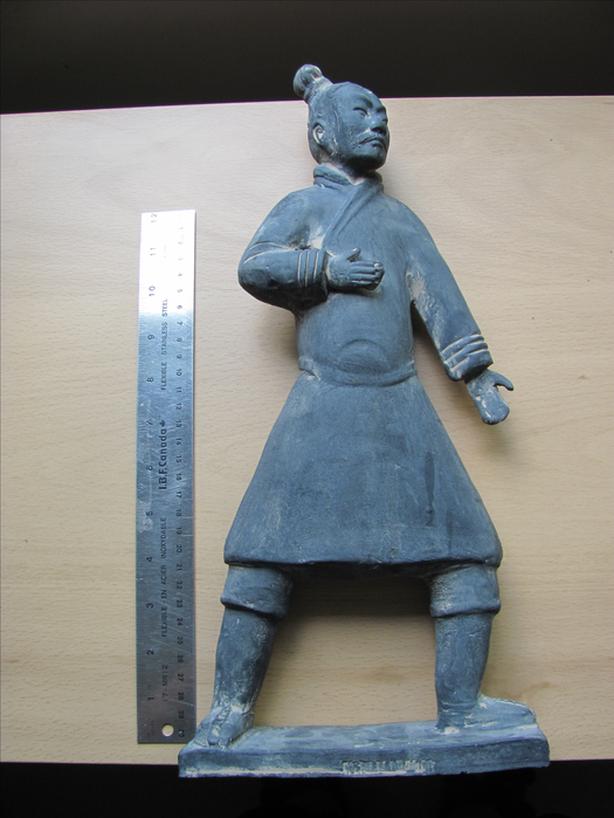 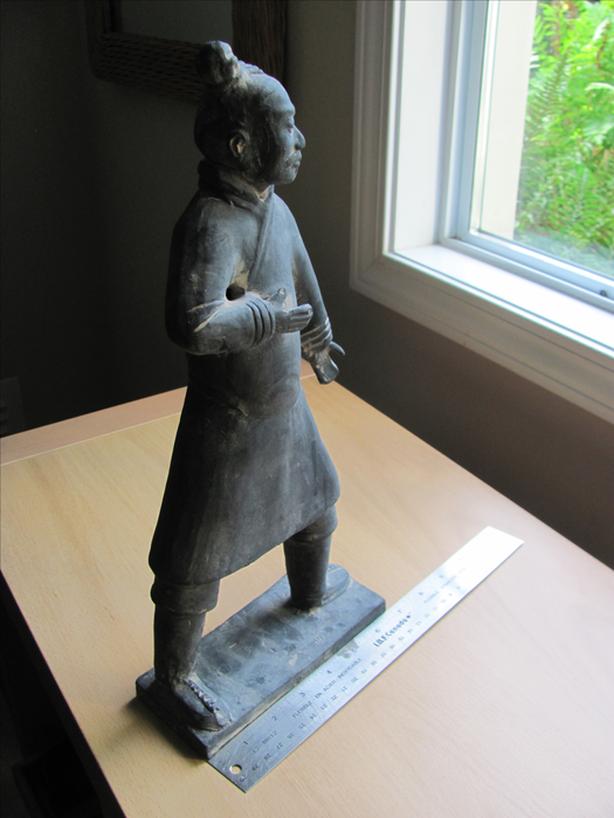 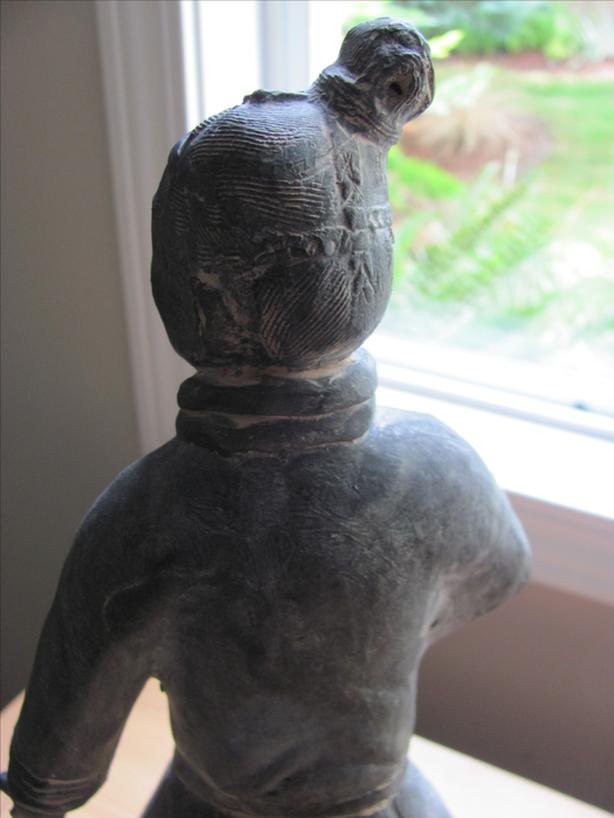 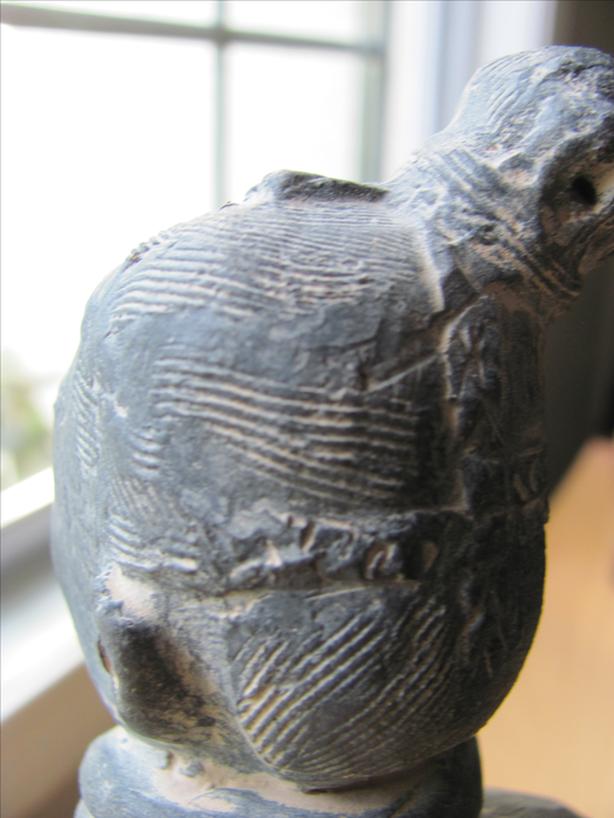 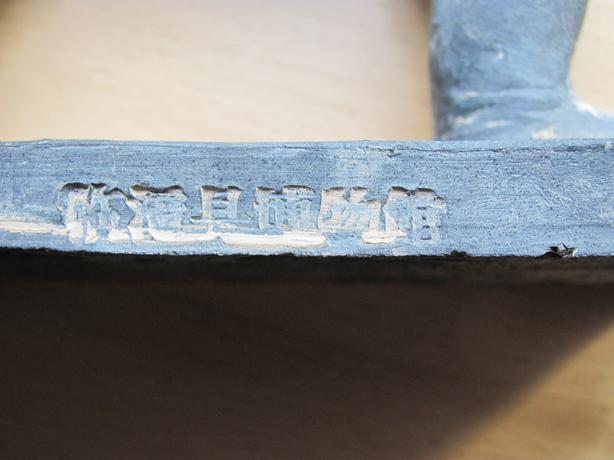 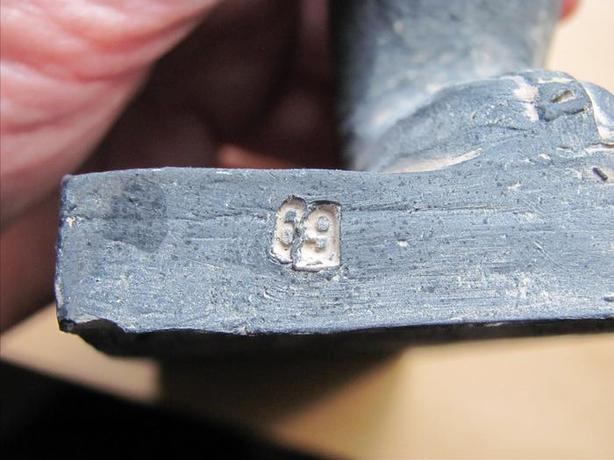 This piece represents one member of the Terracotta army of Qin Shi Huang, the first Emperor of China.
This army of life-sized sculpted figures was buried with the Emperor to protect him in the afterlife.
There were more than 8,000 soldiers, 130 chariots with 520 horses, and 150 cavalry horses.
The majority of these remain buried near to Qin Shi Huang's mausoleum.

Historically, this archer / warrior would have held a bow during battle.
The posture is one of a soldier braced and ready to engage any enemy to protect his Emperor.

Note the simplicity of the robe in contrast to the detail in the period long hair tied up in an off-centred knot.
The etched detail here is very effective.

The sculpture is very life-like, including facial hair, headdress, costume and footwear.

There is a number stamp '69' on the side of the base.
The front of the base is etched with Chinese letters which I am unable to translate.