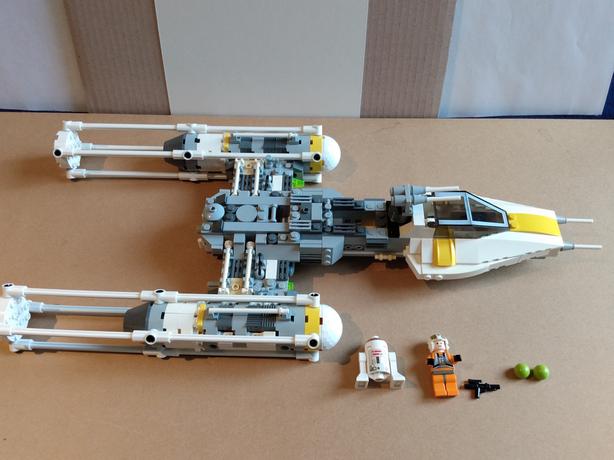 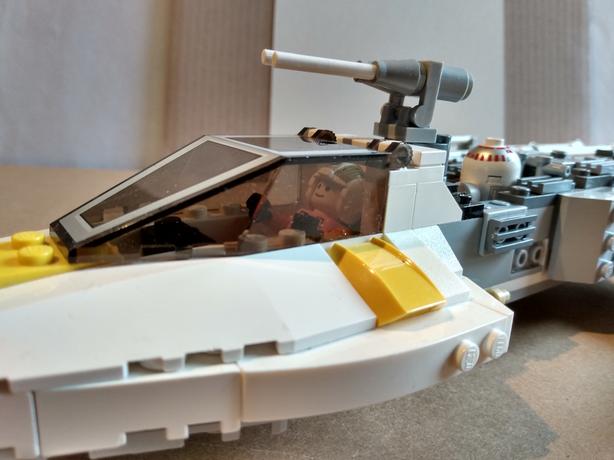 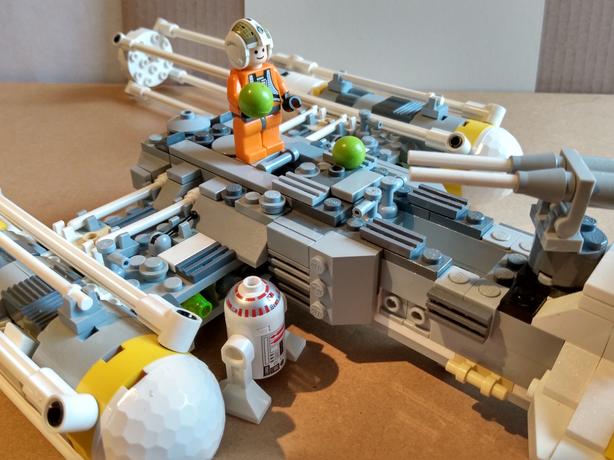 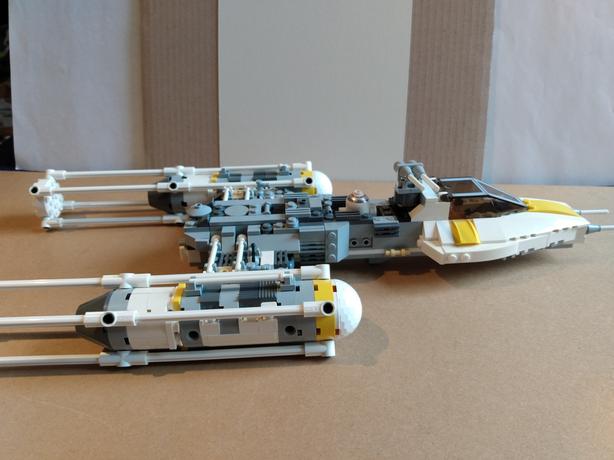 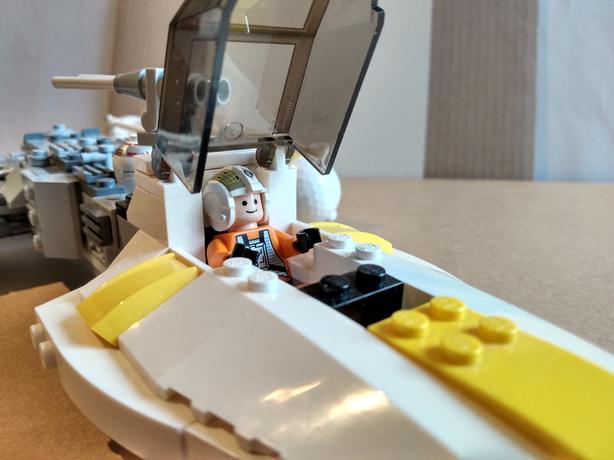 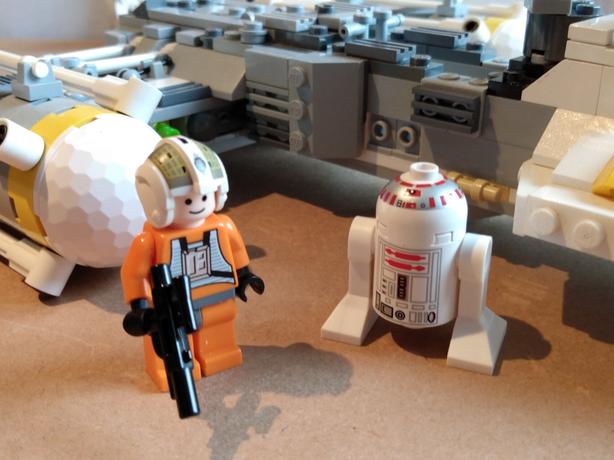 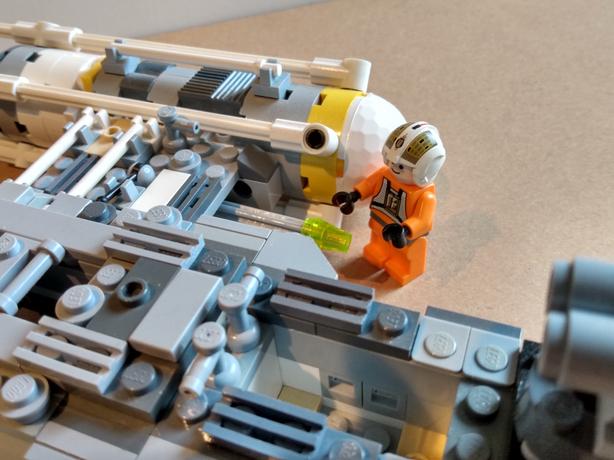 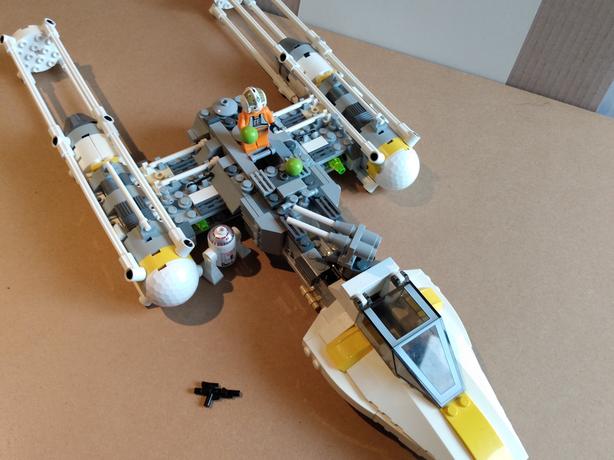 7658 Y-Wing Fighter was a mainstay starfighter in the Rebel Alliances' navy. It saw combat as a fighter-bomber, as it could fight its way through enemy territory to its target, deliver its proton bomb payload, and fight its way back out. Standard Y-wing fighters were armed with two laser cannons, two ion cannons, and two proton torpedo launchers. Its armor was made of titanium-reinforced Alusteel alloy, coupled with Chempat shields. This made the craft very resilient and well shielded. However, it was slow compared to the other fighters in the Rebel Alliance. Yet, the potential damage it could deliver compensated for its slowness.
This model of the classic Star Wars vehicle is packed with incredible movie accurate details, from its twin nose mounted laser cannons and movable cockpit turret to its droid co-pilot and extended engine. It can even drop "bombs" on Imperial targets! Includes Gold Leader, Jon "Dutch" Vander Rebel pilot and R5-D4 astromech droid minifigures.
Item Dimensions LxWxH 17.01 x 11.34 x 2.36 inches
Building set contains 454 Pcs.