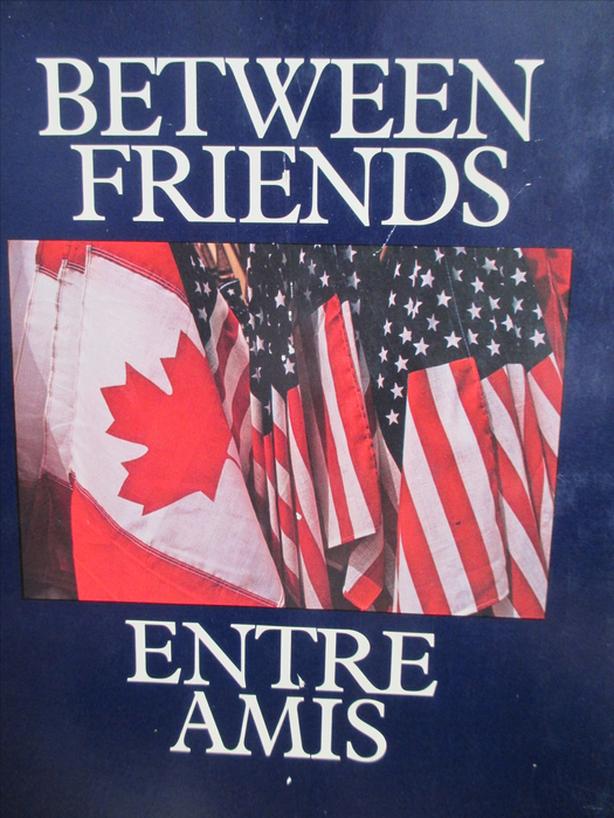 National Film Board of Canada

ISBN 0-000-00000-0
'Between Friends' is Canada's official bicentennial gift to the people of the United States. The book was produced by the National Film Board of Canada. It includes 220 colour photographs of the land and people along both sides of the international border between Canada and the United States and stands as a symbol of the unique friendship between these two countries.