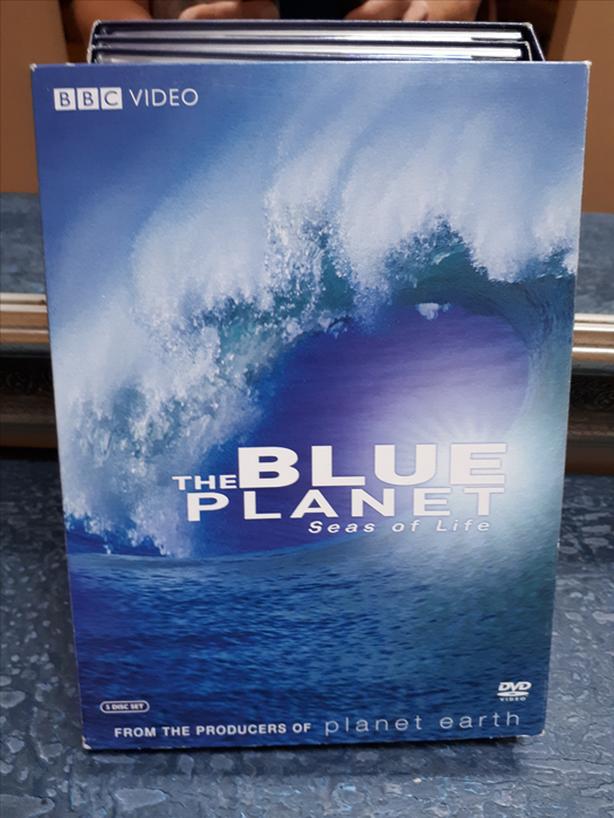 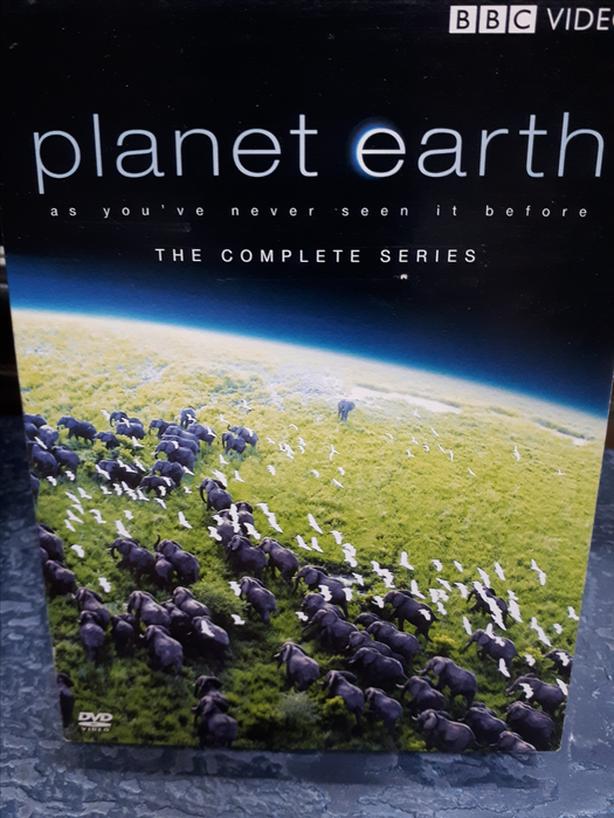 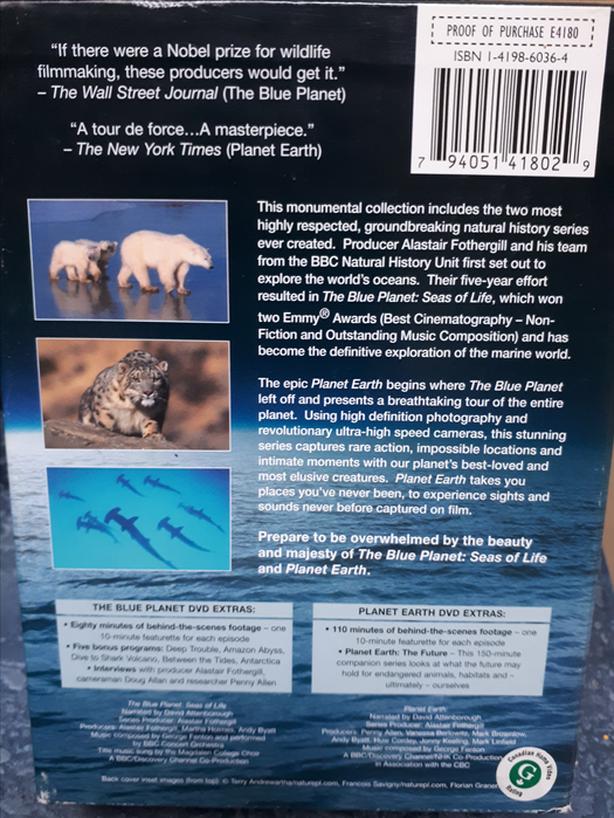 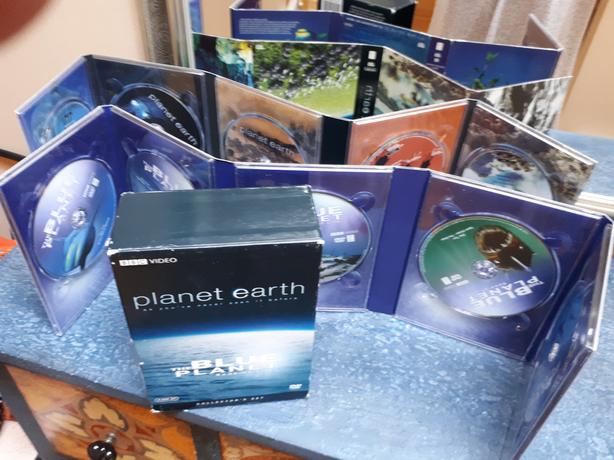 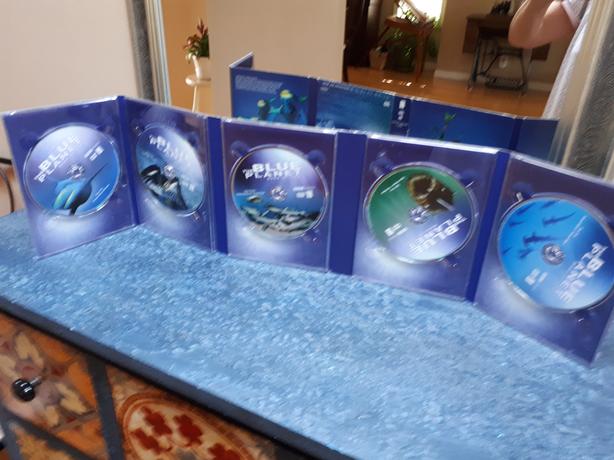 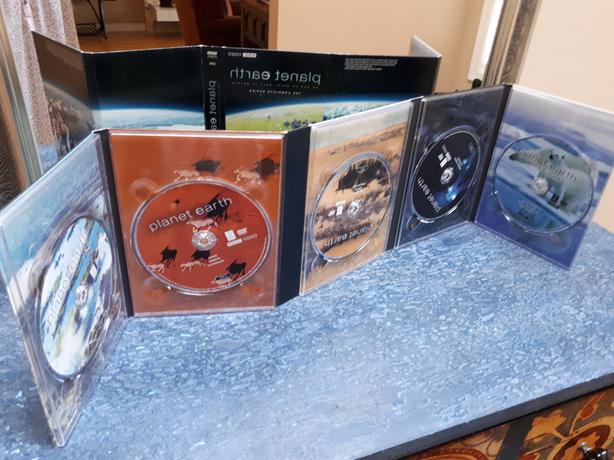 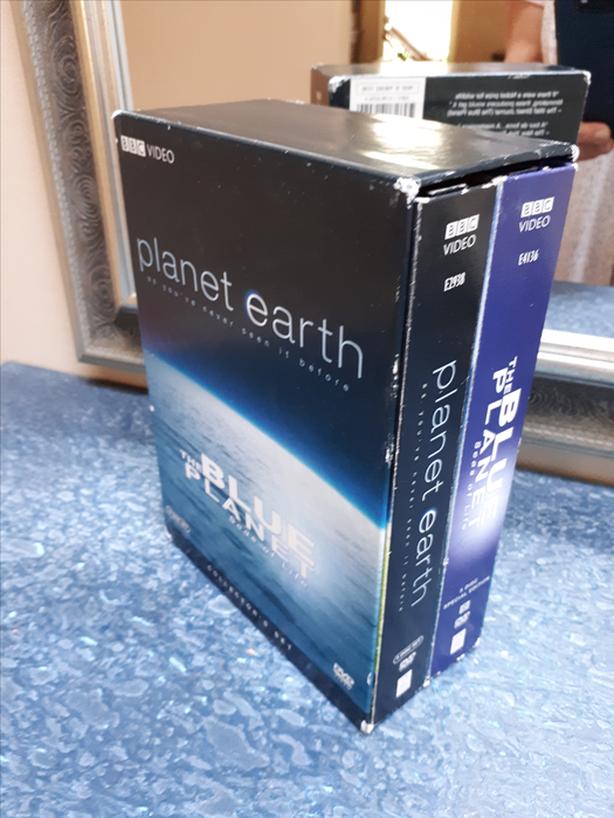 Best all time review for documentary. This collection has 2 complete set of the Planet Eart and The Blue Planer (Seas of Life) for total of 10 discs in the keep sake box.

Features of the Planet Earth:
As of its release in early 2007, Planet Earth is quite simply the greatest nature/wildlife series ever produced. It is brilliantly narrated by Sir David Attenborough and sensibly organized so that each 50-minute episode covers a specific geographical region and/or wildlife habitat (mountains, caves, deserts, shallow seas, seasonal forests, etc.) until the entire planet has been magnificently represented by the most astonishing sights and sounds you'll ever experience from the comforts of home. The premiere episode, "From Pole to Pole," serves as a primer for things to come, placing the entire series in proper context and giving a general overview of what to expect from each individual episode. Without being overtly political, the series maintains a consistent and subtle emphasis on the urgent need for ongoing conservation, best illustrated by the plight of polar bears whose very behavior is changing (to accommodate life-threatening changes in their fast-melting habitat) in the wake of global warming--a phenomenon that this series appropriately presents as scientific fact. With this harsh reality as subtext, the series proceeds to accentuate the positive, delivering a seemingly endless variety of natural wonders, from the spectacular mating displays of New Guinea's various birds of paradise to a rare encounter with Siberia's nearly-extinct Amur Leopards, of which only 30 remain in the wild. Accompanied by majestic orchestra throughout.