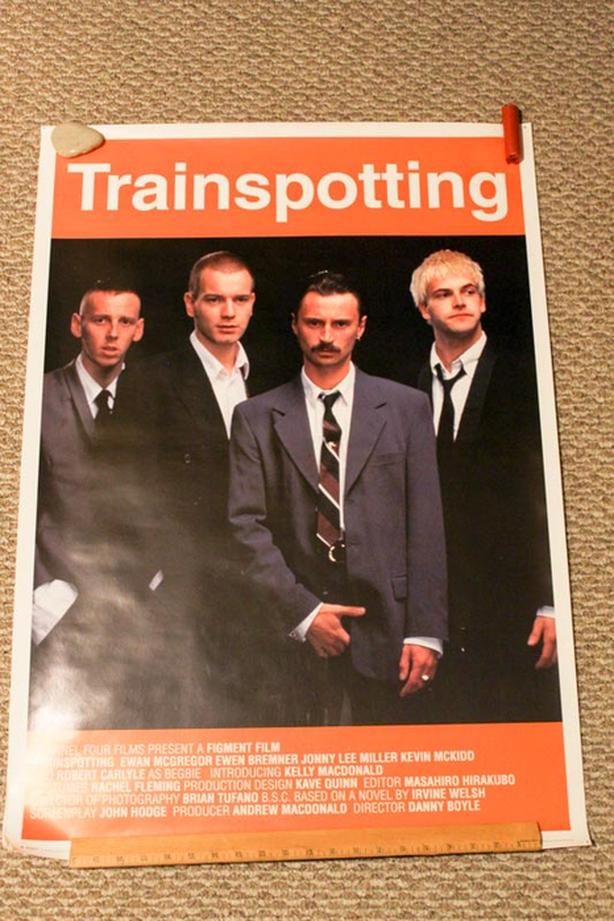 They Live. Original double-sided movie house poster--bought direct from the cinema where I saw this twice back in 1988. It's been hung in almost every place I lived from that year to about 1998--sometimes reversed simply to see if anyone noticed and said something. So, yeah, kind of beat up a bit. These are listed for insane amounts of money on that auction site, but you can buy this one for the low, low price of $30.

I also have a They Live hanging display that was from movie rental places back around the same time. Looks like a VHS box with those "flipping image" things inset for the shades--goes from human to alien. Super-duper freakin' rare: I've never seen another one. In pretty good shape for being 31 years old and made of cardboard. $30.

Take both They Live items for a cool $50.

Two Evil Eyes. 1990 Italian-American horror film written and directed by George A. Romero and Dario Argento. Are you a fan of either of these guys? Poster has been hung a few times, but is in relatively good shape. $30.

Creepshow 2. 1987 American comedy horror anthology film directed by Michael Gornick. It's been hung in a few places. In decent condition. $10.

Take 'em all off my hands including the They Live promo box thing for $100 even.