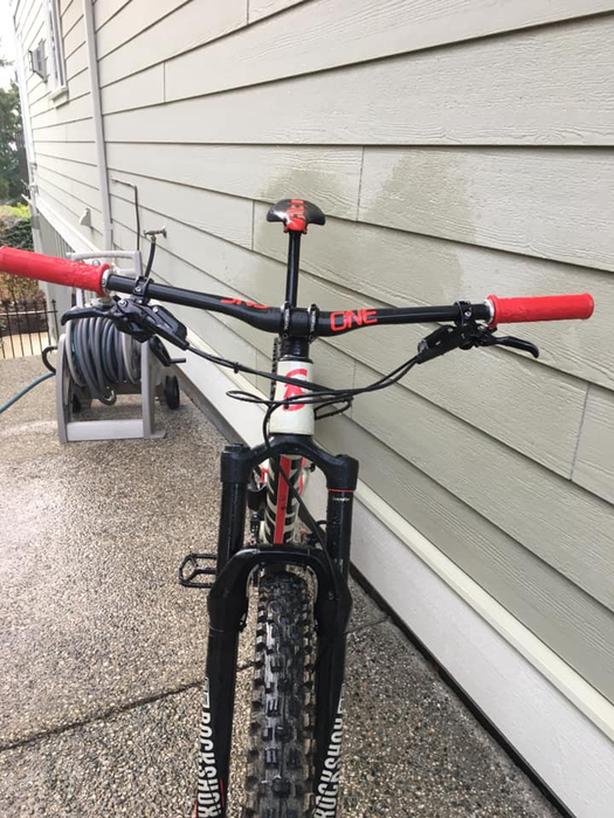 Bike is equipped stock with top of the line Rockshox Lyrik and Super Deluxe from 2019 as well as Sram code RSC brakes making it a pretty stacked build before considering the upgrades I've put into it.

*I'm prepared to sell for 6000 as is including the carbon wheels or $5000 with the stock wheels which are wtb kom rims on sram 900 hubs. Both options include cushcore in the rear wheel. Bike retails for $8000 in its stock configuration which can be found here https://2019.konaworld.com/_153_cr_dl_29.cfm

I've been riding this bike for about a year taking it out about once or twice per week and it has probably been the most fun trail bike I've ever ridden. The shorter chainstays keep it playful while the rest of the geo combined with the 29" wheels also allow it to be stable at high speeds. It's been really good in the more techy style trail riding while also handling steeper, more gnarly enduro terrain just fine. Overall a really good, capable, and fast bike for any riding on Vancouver island.
The bike has been 3M wrapped since day one and there are some visible blemishes in the tape but not very many have gotten through to the paint itself.