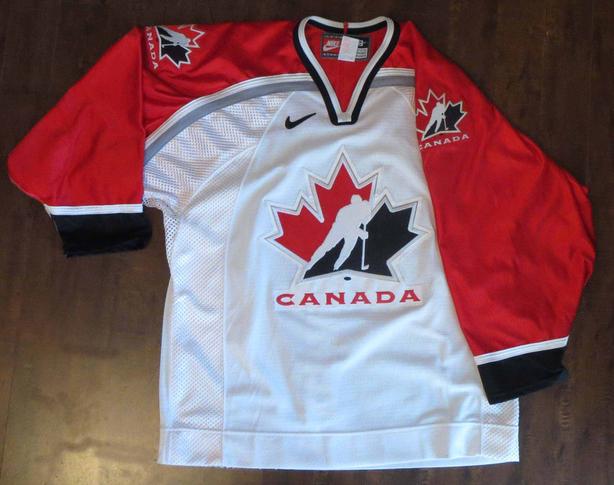 Very heavy Professional quality jersey and one of the best versions of the Team Canada Jerseys. This version that was used from 1998 to 2001 and was the version that was used at the 1998 Olympic Winter Games in Nagano, Japan, where female hockey made its debut, and NHLers took part in the men's tournament for the first time. Canada's National Women's Team was the lone Canadian team to stand atop the podium in the jersey, winning three consecutive world championships from 1999-2001. It looks great on the ice or in the stands. I bought it back in 1998 and it's in excellent used condition. Check out the link for more info.